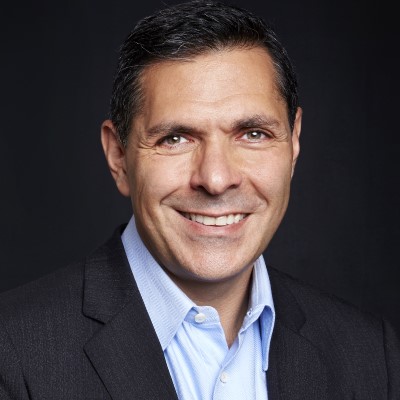 Daniel
Lubetzky
Founder and Executive Chairman
KIND
Daniel Lubetzky is a social entrepreneur working to build bridges between people and increase appreciation for our shared humanity. Daniel’s mission is rooted in his heritage. As the son of a Holocaust survivor, he has made it his life’s work to help prevent what happened to his dad from happening again to others.
His best-known venture is KIND, a not-only-for-profit business that makes delicious and nutritious snack foods. With the introduction of the company’s first fruit & nut bars in 2004, Daniel created a new healthy snacking category. Since then, he has built KIND into one of America’s fastest-growing and most trusted snack companies. Its KIND Movement inspires everyday acts of kindness (17 million and counting), and The KIND Foundation works to create kinder, more empathetic communities. Its signature initiative, Empatico, empowers elementary students to explore their similarities and differences through live video and activities on universal topics.
Daniel, who seeks to affect social change through creative models, is also the founder of PeaceWorks Inc., a business that fosters cooperative ventures among neighbors in conflict regions. Additionally, he co-founded Maiyet, a fashion brand that partners with artisans to promote entrepreneurship in developing economies, and the OneVoice Movement, an international grassroots effort that amplifies the voices of moderate Israelis and Palestinians who want to end the conflict.
Daniel’s commitment to creating economically sustainable and socially impactful businesses has been lauded by the World Economic Forum, the Skoll Foundation, Conscious Capitalism, the Hispanic Heritage Foundation and the Horatio Alger Association.
Daniel is the author of the New York Times bestseller “Do the KIND Thing” and a Guest Shark on Season 11 of Shark Tank. He has lived in the United States since emigrating from Mexico at 16. He graduated magna cum laude from Trinity University in San Antonio and earned his J.D. from Stanford Law.

Daniel Lubetzky, Founder and Executive Chairman of KIND Snacks, will speak about his entrepreneurial journey to build a not-ONLY-for-profit business.